It’s been a brutal competition with fierce contenders, but we have finally reached the end of the Winter Games. You know, in a way, we’re all winners here. Just putting yourself out there and trying your best is already worth something. How can you put a number on experience?

With points, that’s how! And I got the most of them!

I would really love to gloat more but honestly, at one point I started to just guess things at random. I sort of stopped paying attention to one show, I distorted another to the point where even I couldn’t tell what was my perverted creation and what was actually happening and the last one didn’t seem to believe in sequitur or continuity. The fact that I got any right at all is as surprising to me as it is to you.

I did however have lots of fun with this project. It was something very different from anything I’ve done before, and I discovered that I enjoy certain aspects of episode reviews, something I’m not likely to have ever tried otherwise.

This entire thing was the brilliant idea of The Mighty Pantless Anime Blogger and I am truly impressed by his leadership and organizational skills! I want to thank him for putting everything together and letting me play with the cool kids. He has been awesome.

Of course, I need to mention my very worthy adversaries without whom I would not be the WINNER!

Leap250 – who was a truly dependable scorekeeper (you guys can’t imagine how much work that implies) and just a great presence. He was as much a rival as a team captain, coach and manager.

Astral Gemini – who made this into a real competition and kept us all on our toes. This guy knows how to take a challenge head on and make it entertaining for all around!

You are formidable foes and even better friends.

We settled on having the looser write a guest post for the winner (you can’t imagine how happy I am about this – had I known this would be the prize from the beginning, I would have started to cheat way earlier, tried harder). As such, TPAB has agreed to craft a masterpiece for this blog. Please look forward to it – I know I am!

He’s also agreed to review a series of my choice on his own blog. I gave him a few options and I wish he would pick them all. I just really want to see what he has to say about these series. By the way the series in question are Utena, Humanity has Declined and Time of Eve.

Finally, as sort of a cap off to this really fun but a little exhausting project, we all came up with a couple of questions for each other, regarding the experience.

Has the experience taught you anything?

Obviously, I picked questions I had an answer to. I’m nice, not stupid. Also, not nice.

Honestly, the experience revealed some particular aspects of episodic reviews that I find really enjoyable. I probably would never have tried it if it wasn’t for this collaboration so I’m really grateful to the Pantless Anime Blogger for the inspiration and opportunity. Although I don’t have the stamina to be a full-fledged episodic reviewer (my respect for bloggers that can keep up with such a grueling schedule has grown significantly), I will try to incorporate some as an ongoing feature of the blog just for the fun of it.

I already had some experience reading conflicting episode reviews on other blogs, so it wasn’t surprising that it happened again, but having to keep watching a series you would have otherwise dropped, was also a peculiar learning experience.

For instance, I soon realized that unlike most people, I far prefer good characters to good story and I am more likely to appreciate earnestness to professionalism. This has opened my eyes as to why I seem to favour certain shows and often fall into the minority.

How did you train to prepare for the games?

I read the mangas.

JK! But that would have been the smart thing to do. I mean you know, the usual. Got plenty of sleep, made sure to stretch well. Got my mind in the game so I could go out there and give it my 110%!

Did the thought of having to make predictions influence your watching of the show?

Ok, let me elaborate. When I put together my drinking games, I actually do it in a roundabout way. Basically, I try to notice little character quirks and running gags right from the start and write down those that I think are likely to become recurring. I usually stop adding new prompts by mid-season unless something really jumps out at me. Then, when I do my review after having finished the show, I go through my prompts and eliminate the ones that ended up being not that prominent. Basically, I go through a sort of prediction process with every show I watch.

I really just adapted my way of thought to more general plot lines rather than specific mannerisms but it didn’t change much really.

How did you come up with your predictions?

At first, I tried to figure out what genre trope hadn’t been exploited yet and tried to bet on logical story progression, but I soon found that unsustainable.

Grancrest laughs at logical story progression, Sanrio is a commercial that runs way too long and I have already forgotten what happens in Yuru Camp. There were aliens or something?

After a while, it really was just random and betting on repeating panels that save on animation resources.

Who was your favorite character during the winter games?

Ok so for Grancrest was Senior Sleekwiskers, for Yuru it was Hot Sister and for Sanrio it was Ryou’s overly affectionate sisters.  I actually really loved the weirdly inappropriate sisters in Sanrio, they were by far my favorites of the show, so they might win simply by contrast.

What moment completely caught you off guard – Good or Bad?

As I mentioned above, I sort of stopped expecting anything pretty early on so surprises in the shows became sort of irrelevant.

I guess the sheer amount of onsen scenes in Yuru Camp, somehow I was really surprised there was one at all and figured it was a weird freak occurrence the studio made them put in. After a second, then third, then fourth…. Basically every time I was like, well they are done with this weirdo fanservice, but nope. Since it doesn’t fit with the rest of the show, I thought it was really weird.

Neither good or bad – just baffling.

I guess what surprised me most about the experience was discovering a part of anime fandom I had not been familiar with beforehand. I knew a lot of people that would identify as part of that group, but I hadn’t really experienced it as a faceless group yet. I was quite surprised by how the attitudes and values of the audience seemed to clash with what was represented in the shows.

I would put that one clearly in the Bad basket. I plan to stay far away from now on. 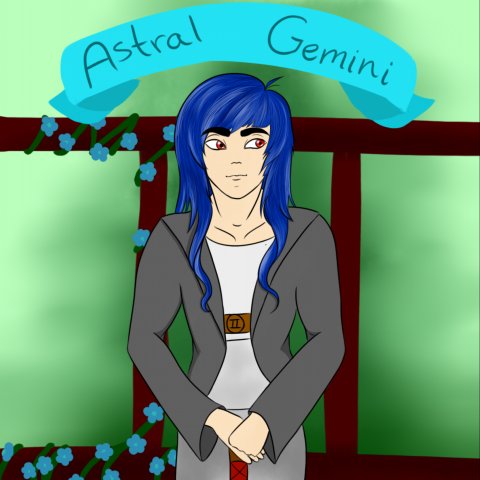 Do you believe that the prediction games helped or hindered your viewing experience?

This is pretty close to Leap’s question about how making predictions influenced my viewing experience. So my answer is essentially the same. The game had no real impact since it is very similar to how I watch anime in general.

It did make me watch the end tags far the first two or three episodes of Yuru though, before I forgot they existed. Not sure if that’s helped or hindered.

Which was your favorite/least favorite/most surprising of our picks?

I’m not sure if Astral means the shows or the predictions.

The shows are Favorite: Grancrest / Least Favorite: Yuru / Most surprising: Sanrio – I had not realized it was horror at all!

My prediction for ALL the boys: Favorite: Yuru / Least Favorite: Sanrio / Most surprising: None or Grancrest by process of elimination. (unless they double up on Yuru)

Least favorite I don’t really have one

Most surprising – Anything that actually came to pass for Grancrest!

For those of you following along at home, here’s the Final Score:

A Short Break in the Schedule and a Request

Haikyuu!!: To the Top ep.13 – The Ballad of Tanaka The Stupid

Revisiting my view on Anime Gatekeeping

My Anime Opinions Change Nothing

OWLS Blog Tour – What Anime Creator is Irina Thankful For?

The Curious Case of Interspecies reviewers