I had the toughest time with this one. Every time I chose an arc I would immediately change my mind. It got so bad I almost chose the Chimera ant arc again, since I at least can find reasons to dislike it – it has my saddest scene pick for one.

In the end I went with the Hunter Exam arc but I flipped a coin.

I guess you could argue that the characters are at their least developed, hence least interesting at this point. The animation is also the worse the series has to offer, and although the first few episodes are pleasant enough, and paced in such a way that you can easily watch half a dozen without realizing it, they aren’t that memorable. In many ways, things don’t really start to get interesting until the get to the exam proper.

At this point, HxH is still a relatively family friendly affair. I’m not sure if this was a conscious decision (the more gruesome scenes, such as Hisoka’s initial entrance, were obviously sanitized for TV) that they later reviewed and decided to change. After all, the series as a whole gets rather violent and some scenes would certainly be very disturbing for small children. Or if this was simply a general anime standard everyone was just automatically adhering to.

Wait, was Killua just gruesomely murdering an innocent bystander for stress relief in this arc? Nevermind on the family friendly part…

OK let’s start again, the Hunter exam arc did a great job introducing us to the characters but lacked the excitement or narrative focus of later arcs. Admittedly, it did such a great job establishing secondary protagonists, that we think of Leorio and Kurapika as main characters even though their presence is pared down considerably in later arcs. Did you guys know Leorio’s last name is Paradiknight? It sounds so grand! 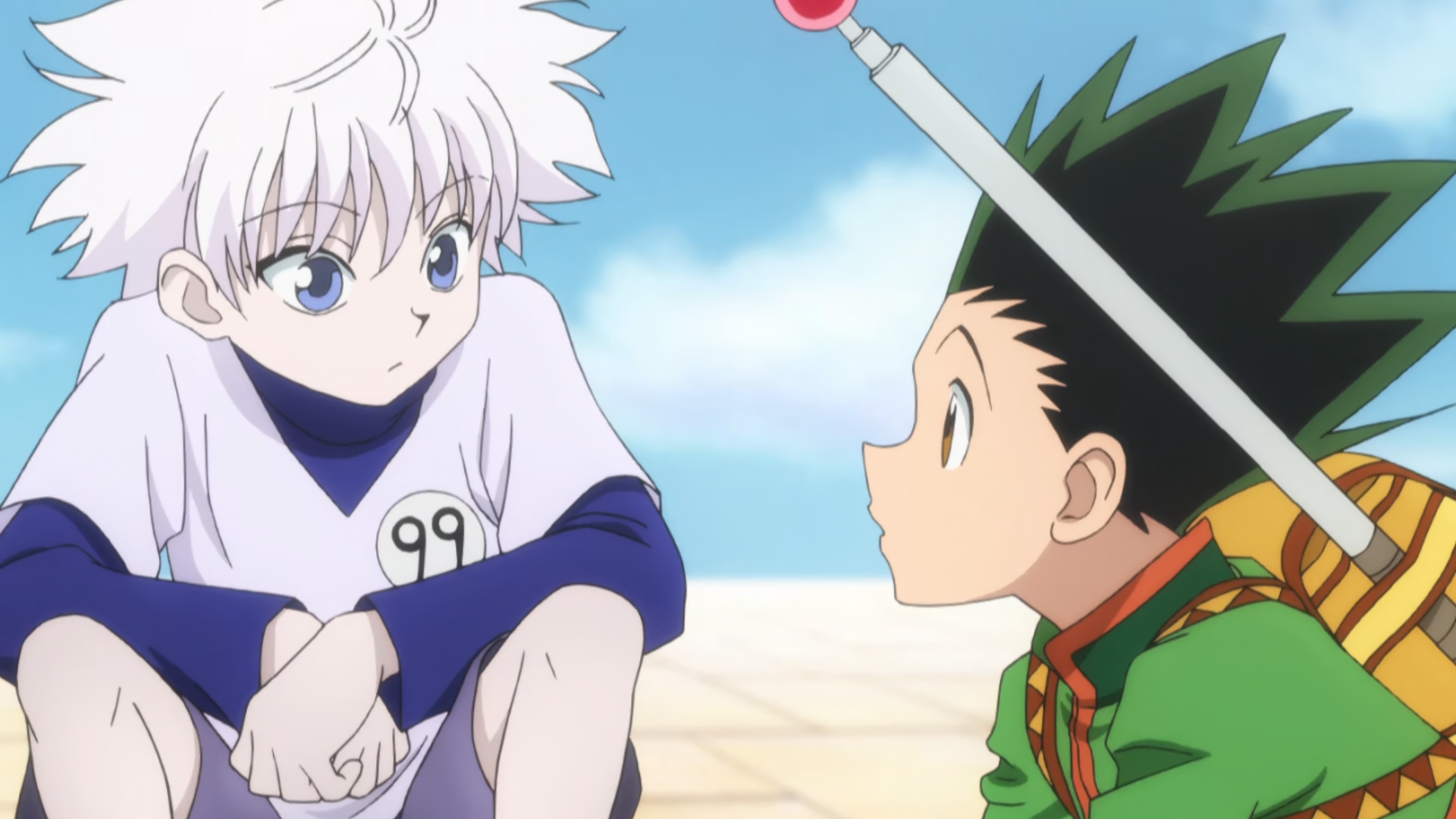