This is a post that first appeared on Bloodthristy Little Beasts as part of a collaboration with Jordanne. However, as Jordanne has recently made her blog private I figured I would repost this top 5 on my blog since I did enjoy writing it

I hope you guys enjoy it too. It’s exactly what it says on the tin, The 5 first mangas I remember reading. You should know that I read all of these in French so I can’t vouch for their English translations but I assume they’re EVEN BETTER!

This steampunk despotian high action adventure with heavy religious overtones and a badass female cyborg heroin was my first manga and my favorite for a long time. Yukito Kishiro has said in interviews to have been strongly inspired by Frank Miller’s work and it shows. There’s this sense of foreboding and classic “noir” aesthetic that seeps out of every page. I must say, as a dorky teenager with occasional goth tendencies, it really spoke to me.

The narrative can get suffocatingly bleak at times. Even in its brightest moments, the story aims for the lesser evil rather than anything close to good. You may see hints of Madoka or Yuki Yuna in there. I would call it a precursor to the magical girl narrative and Alita certainly fits the tragic heroin trope. This manga is a classic for a reason.

I must admit, that I did try to reread it recently and just couldn’t quite get into it like I use to. I’m not sure which one of us hasn’t aged well. It could also have been a question of timing. This said, I still smile whenever anyone mentions loving this manga and if you are interested in brutal dystopian sci fi, you will certainly find something to enjoy in this manga.

Blame was amazing. It’s another dystopian sci fi…I guess I have a type. I’m gonna recommend Evangelion next!

I still love Blame. Not necessarily for the story or characters, but for the presentation. Blame is brilliantly executed in manga form. You see, the story is somewhat nebulous. We are thrown in the middle of an ongoing quest (if you will) with no establishing narration or exposition. In fact, there is little to no exposition at all throughout the series. Most of the story has to be inferred through the images and dialogue. Also…there’s almost no dialogue! You can go through entire volumes with roughly 3 pages worth of text.

To top it off, the images look like this:

Blame is an experience. There is absolutely no way to explain the impact of reading this manga to another person and no way to capture it through anime. It’s one of a kind. This series opened my eyes to the potential of the medium. I had never seen anything like it before and suddenly, possibilities seemed endless.

I enjoy comic books in general – and find that they allow for experimenting with narrative styles more readily than in conventional formats. However, even in comic books, I had not encountered anything quite like blame. Even the black and white (by necessity) images and smaller manga page size seem to add something to the narrative.

When I was recently asked to pick the manga that describes me best – this is the one I picked. I also have to be experienced first hand!

The Walking Man is a one shot manga that you should read… OK so what it really is, is a haiku in manga form. At least it is to me.

This is a simple story, almost a non story really, that follows a businessman as he goes for a walk through his neighbourhood and just contemplates on life and existence. It’s basically a simple plea to stop and smell the roses. A love letter to all the little miracles that we take for granted. Most of it is one again conveyed through images…

Look it’s not that I don’t like reading words or anything but if you’re going to have a manga, might as well take full advantage of the visual aspect, right? No listen…I said I can read!!!

Honestly, if you’re having one of *those* days at work, you should find this book. I was perhaps a bit too young to fully appreciate it at the time but I could still tell that it was something special. A little compact shard of serenity and peaceful contentment to carry around with you through those harsher times.

Yup, one of the first manga I read was Naruto. And I still like never ending shonen with genki male protagonists. I have since moved on to other titles in the genre (HxH being my favourite) but Naruto is what opened my eyes to one of the most prolific and popular manga and anime types.

I loved it. It’s what you think about when you think stereotypical Japanese comic. Super powers with weird names that get shouted out in battles. Occasionally awkward translations. Huge casts of characters. Never ending story line. Ninjas!!! The straightforward format, happy go lucky mood and slapstick comedy felt light and easy to digest for my younger self. It was a much brighter and more lighter counterpart to those american superhero comics. And much funnier too.

Then things got real… Naruto mixes in some truly brutal scenes and unthinkable betrayals with it’s lighter moments, in a way that american comics hadn’t quite caught up with at the time. I remembered being floored and staring at pages in disbelief. By now, this is somewhat par for the course. HxH or FMA take it much further. However, back then it felt novel.

Sure you could probably pick up Fairy Tail or One Piece for a very similar experience nowadays. For me though, it was the young Hokage wannabe that started it all. In fact, as I’m writing this, I’ve convinced myself to go reread them. See you all in 6 months!

Akira was one of the very first animes I ever saw. This is probably a common experience for a lot of cough, older, cough fans. I did like it. I liked it quite a bit but also…I kinda felt like I had to like it. It was a bit odd and not that easy to follow, but I was afraid that admitting it had some serious plot holes would simply prove that I “didn’t get it”. And I desperately wanted to get it. At the time, in my neck of the woods, there weren’t really any alternatives. You had a handful of animes to choose from and Akira was the gold standard. If you didn’t like that, you just didn’t like anime. For some reason, little me had firmly decided to like anime.

It wasn’t until some time later that I stumbled across the full collection of large bound full colour volumes at the library and decided to give it another go.

It changed everything! Of course, trying to condense 6 very large volumes into a single movie was going to be difficult no matter what but the experience was simply not the same. The rich story (um…dystopian sci fi….) the layered and complex characters, the intricate political background and mesmerizing plot twists, all of it had completely been lost in my viewing of the movie. I had to go through these manga to finally get it but once I did… I never looked back.

I actually finished Natsume’s book of friends volume 21 yesterday – sigh…… so it’s hardly one of the first I’ve read. I just want to mention it because, well I love Natsume and mention it whenever I can. Please read Natsume – it’s beautiful. Also, it is NOT dystopian sci fi. It will give you a new appreciation of the little miracles all around us.

There you have it. These five series managed to capture my imagination and kept me reading manga for years to come. I don’t know that they are my favorites but I certainly did enjoy all of them. Maybe you will as well.

Actually, I also once found a hardcore eroge mange on a bus… It was clean (as in not soiled…) – don’t worry. I didn’t include it here. Maybe I will next time. 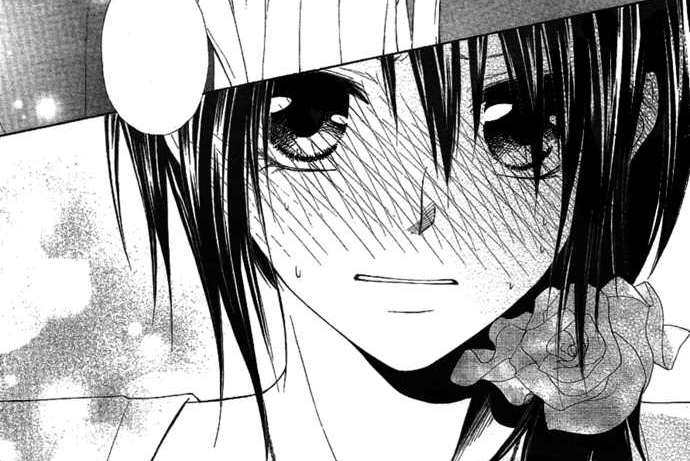