In case you guys aren’t familiar with the expression, a man eater is sort of an old fashion way of saying a seductress, you know, a woman who enjoys flirting and flaunting her charms and isn’t necessarily above using them to her advantage occasionally.

It says something that when I was doing essentially the same list for male characters last week, it took me all of five minutes to come up with dozens of names. I had to cut down my original list to fit in a single post. Yet, I drew a complete blank when it came to female characters and even had to ask for help from fellow bloggers.

I’m sure some of it has to do with the type of anime I watch but all the female characters that came to mind where either unintentionally sexy, unaware of their charms or madly devoted to a single character and flirting with them only. And the ones I did find where either minor characters or sort of evil. Where all my harlots at? Man, my saucy lady vocabulary could really use an update…

So after actual research and a collaborative effort, here we go with the top 5 flirty ladies that know how to work it!

Both a minor character and starts off as an antagonist. Like any self-respecting cat, Blair cares about her appearance and makes sure she looks her best. And her best happens to be very very good! She is definitely very comfortable using her ample gifts to distract others or convince them of the righteousness of her way of thinking.

This said, even in casual situations, she tends to use honeyed tones and lots of compliments when talking with others. There’s a reason why she seems to be a welcomed houseguest wherever she goes, despite her questionable motives. A fun loving and rather sweet seductress, she reminds us why we all love a good catgirl. 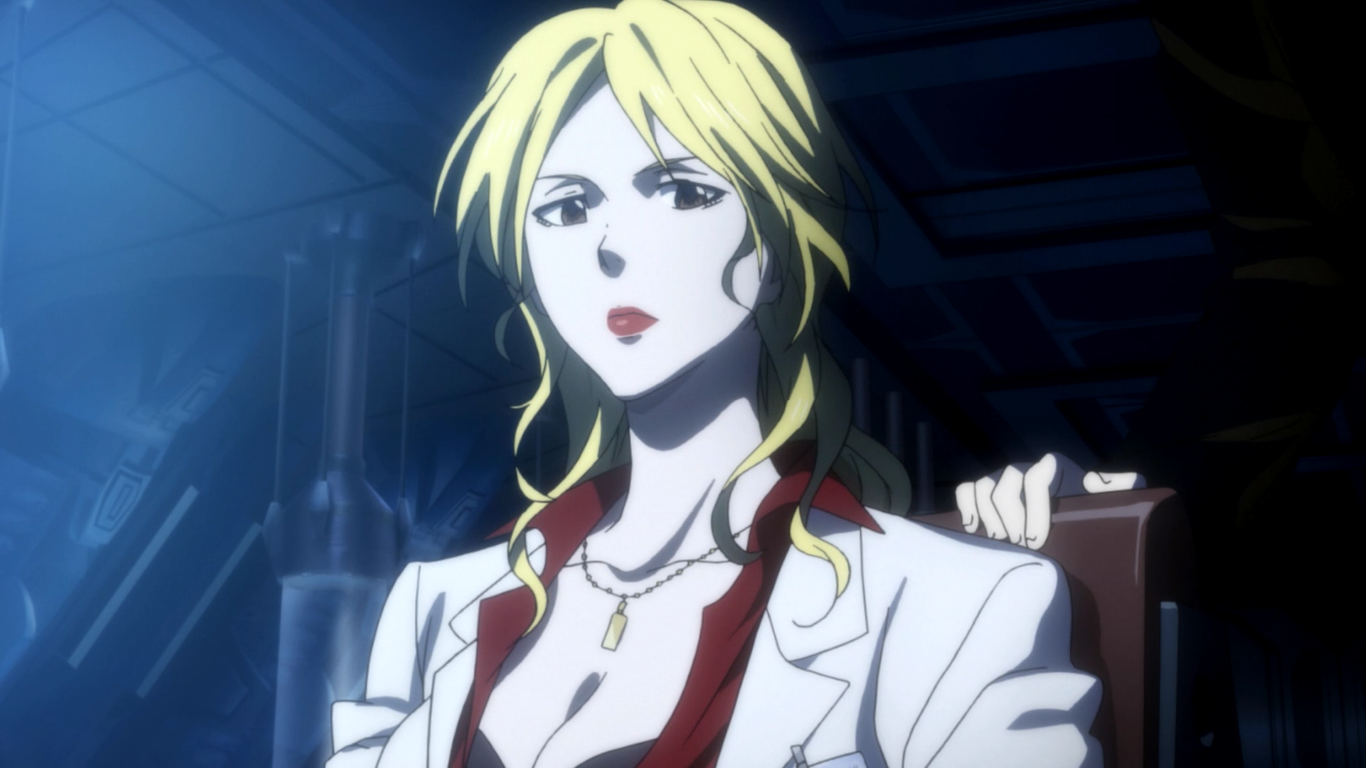 Shion doesn’t get enough love if you ask me. I know, I know, there are already so many awesome characters in Psycho Pass, and she’s not that present so she sort of gets forgotten, but Shion is a fantastic character. Stradling the moral line, as far as Sybil goes, she has an unstable Psycho Pass but is at the MWPSB voluntarily and her status as an exceptionally skilled physician offers her advantages not available to all.

Wait, I forgot what we were talking about here. This is Shion’s official type: she prefers older men and cute women. Shion knows how to enjoy the simple pleasures and she isn’t shy about it. Although not the type to just seduce those around her for profit, she does not miss the opportunity to try her luck with anyone she finds attractive. A smart flirty blonde with a weakness for the strong silent type, she’s one of the only two ladies that immediately came to mind.

Yay a main character and not a villain. I mean Bebop doesn’t really have any true good guys, but Faye is definitely not a villain. Admittedly, she’s not overly flirty but this list was really hard to put together so close enough.

Faye does know how attractive she is and will use it to get out of a tough spot if she can. For a lot of the more mature, American otakus, Faye may be the first true instance of an anime Femme Fatale they’ve encountered which has cemented her ongoing popularity as a cosplay of choice. (I’ve done it too – NOT the most comfortable)

Yeah, I had to dig up some classic for this one. I can’t believe the internet had to remind me of her, since Fujiko may be the archetype here. Openly sexual and usually manipulative about it, Fujiko Mine (who’s more or less a James Bond type sexpun anti villain) considers her looks and appeal a very important part of her arsenal.

She’s not above seducing anyone she can use and hasn’t been shown to develop particular attachments to her romantic partners/victims. When you think sexpot, you probably picture Fujiko. Ironically, her cosplay is way more comfortable and can easily be adapted to Celty for a more modern look…

I mean duh… it’s Lust. The actual personification of the trope. I’m a little disappointed we only see Lust flirt and capture the appetites of men in the series. I mean the urge applies to both genders and I would have loved to see her as either a gender defying mass of desire (like Neil Gaiman’s interpretation) or have such potent and undeniable sex appeal as to bypass sexual orientation.

But still, she’s definitely earned the top spot on this list being first and primarily a character who stirs longings and uses them to her advantage. She also gets extra points because there’s a small chance that she will in fact *eat* you.

The people I asked brought up Scum’s Wish a lot, but I haven’t seen it. Arguably you could add Hotaru from NTR but she really only toys with Yuma so I didn’t think she was quite right for this list. In any case, I would love to know if you have any others to suggest. I’m sure there must be more. I honestly went into this expecting it to be way easier than with male characters…