I had a though time with this one. I actually had to go back and rewatch scenes,  which ended up in me rewatching episodes, then an entire arc. Long story short, I ended up rewatching a bunch of hxh episodes I already knew almost by heart and got nothing done. I didn’t even pick out a scene for this post. You know, I think I’m beginning to understand what my boss is always on about…

what are they concentrating on?

Finding a funny scene in Hunter x Hunter can be a bit of a challenge. Not that the show isn’t funny, because it definitely is, but the humor consists largely of short punchy gags that either rely on the audience’s familiarity with a character or serve to lighten up a scene and don’t work too well on their own.

It’s telling that out of the dozen or so moments that popped into my mind, nearly all involved Hisoka in some way. Ok he IS a clown but how did the show manage to have one of their main antagonists, arguably the most threatening individual in the whole story that isn’t an ant, also serve as the comedic relief? More importantly, why does it work so well.

Hisoka’s general devil may care attitude combined with his obvious love of a good trolling have given us some of the most hilarious slapstick moments of the series. His weird odd couple relationship with Illumi is always good for an absurdist chuckle and his ridiculous interjections during tense standoffs had the unsettling effect of cracking me up while not easing the tension in the least.

As a crude fan of black and blue humour, Hisoka was always my kind of clown.

So which moment did I eventually single out. This one:

I’m not super happy about how the scene progresses as Hisoka’s borderline statutory infatuation with Gon has always made me a bit uneasy but somehow it was never presented in an overly predatory way so I’ve decided to overlook it. On the other hand, the boys’ comically disgusted reaction to finding a naked Hisoka’s was something I could easily laugh at.

Above all, Bisky’s reaction is just priceless, not to mention relatable. I feel you girlfriend! 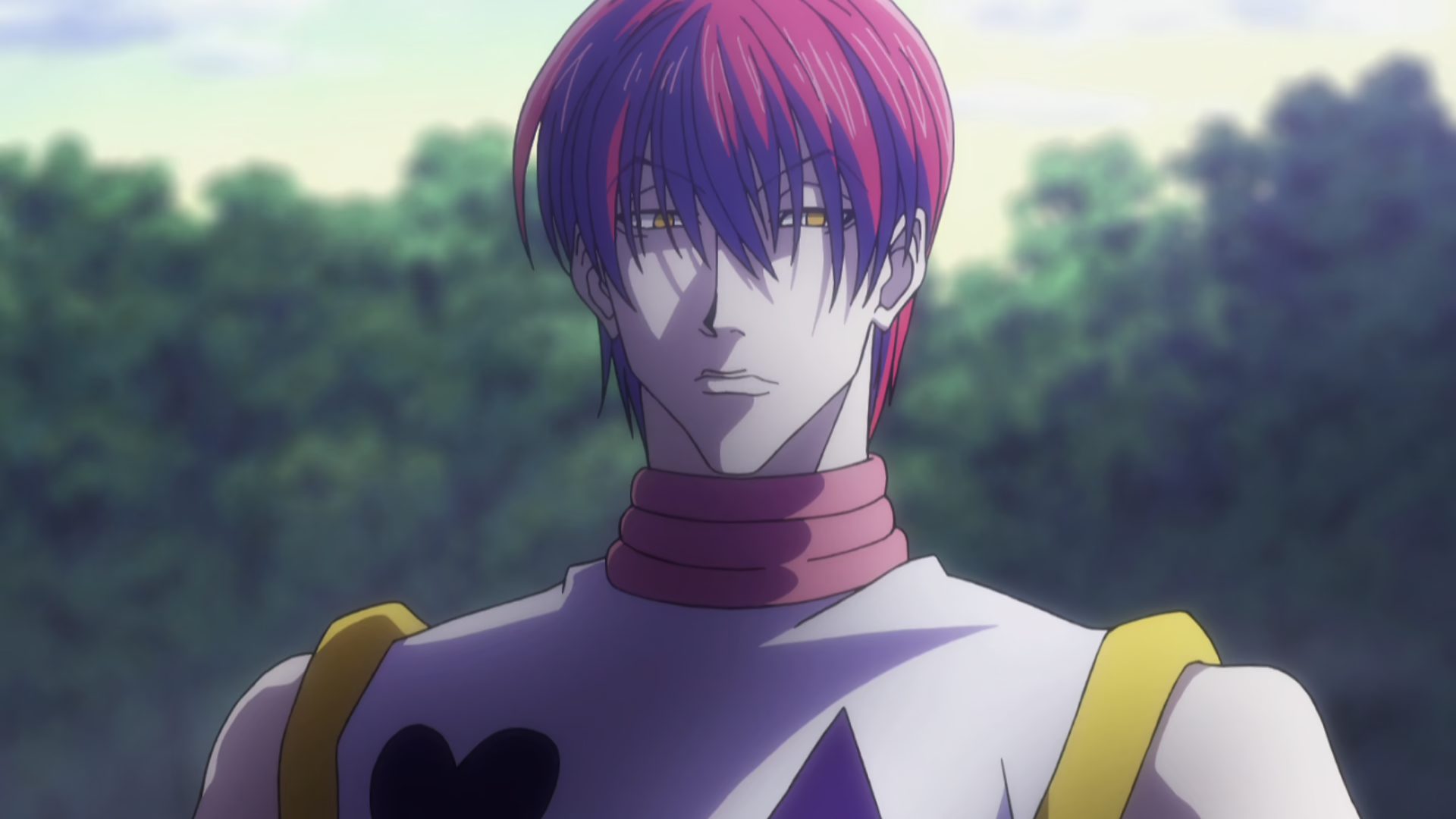