Again, this one is a bit of a moving target but I feel pretty good about my choice. I’m going with Black☆Star and Tsubaki.

Look I know everyone fawns over Maka and Soul, and they do have a nice relationship but it has it’s flaws, besides I’ve already talked about it. And Kid and the Thomson twins have a very endearing back story but Patty is insufferable and in the present their partnership feels less personal than the others. The adults have some nice things going on too but since we really don’t see them as much I decided to just write them off for ease of choice.

I just made it sound like Black Star and Tsubaki won by default, they didn’t. They most definitely earned their pick. 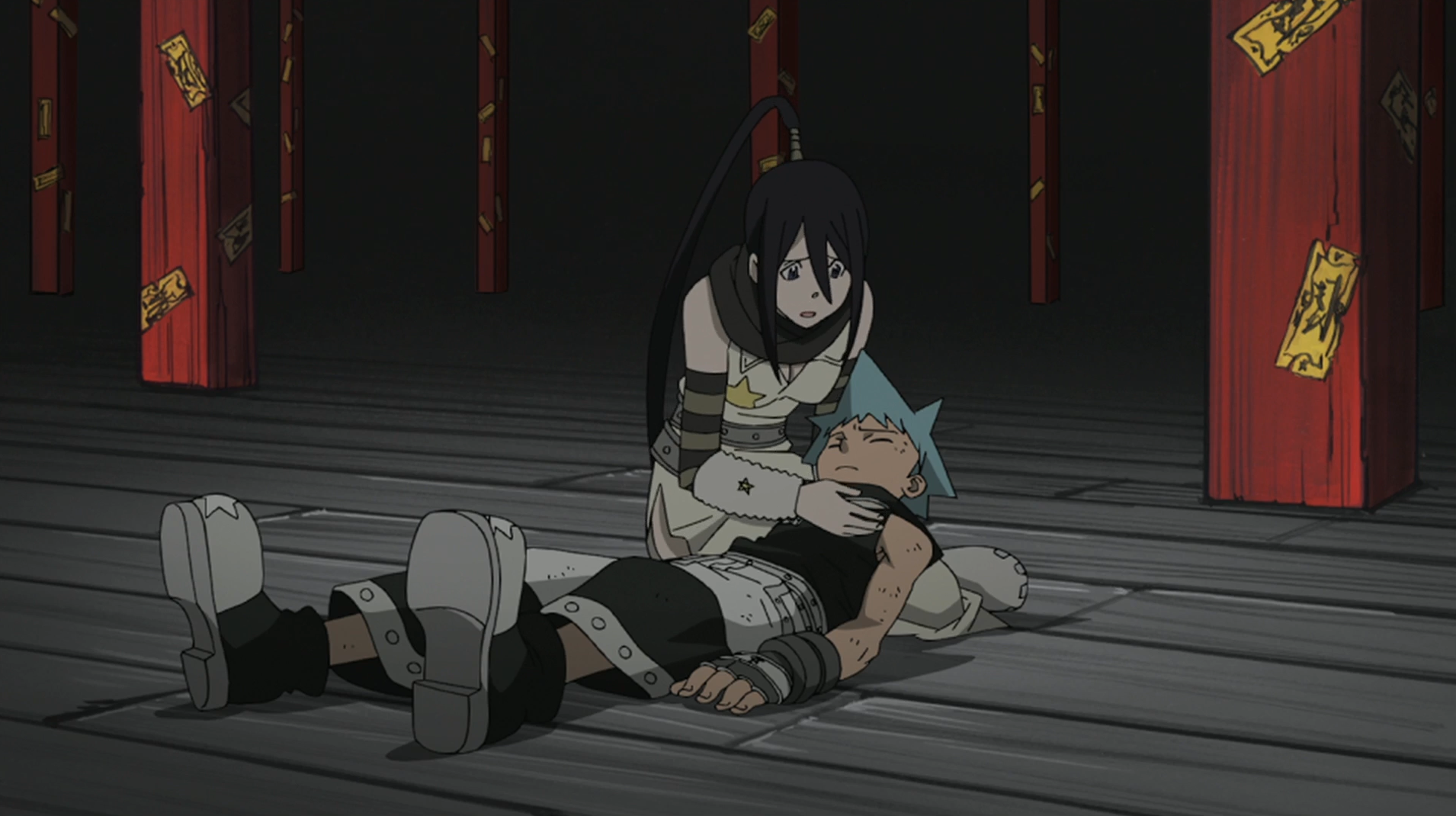 Usually they get the job done, trust me….

I know very well that Black☆Star isn’t exactly a fan favorite. I personally like him a lot but I get that he’s annoying and loud and really doesn’t bring that much to the story overall when compared to the other meisters. I mean he’s competing with Maka and Kid, so already that was hardly fair. And then Tsubaki us very sweet but, let’s face it, kinda dull. The anime doesn’t even use her for shameless fanservice like the manga did so I won’t blame you for possibly forgetting about her.

But you didn’t – and you know why, cause you can’t forget Black☆Star – he’s way to obnoxious for that. His high-octane constantly bouncing off the walls character makes Tsubaki seem like an angel just for putting up with him. It also makes what would otherwise be a boring and superfluous character, a welcome addition to any scene as her presence means Black☆Star will be tempered.

On the flip side, Black☆Star’s most pivotal moments of character development, and what will make him eternally endearing to me, all involve his dedication and deep respect of Tsubaki. Of course all the Meisters are dedicated to their weapons but there’s this unspoken agreement that when push comes to shove, it’s the weapon’s job to guard their meister’s from danger. They are the tools after all. This understanding doesn’t seem to apply to Black Star and Tsubaki. Black☆Star has always and will always treat her as an equal. He will not hesitate to stand guard or shield her, he has never tried to force her to adapt a strategy or do anything in combat she didn’t feel comfortable with (unlike every other meister except perhaps Sid) and he will not hesitate to prioritize her needs or desires. He also is completely accepting of Tsubaki exactly as she is and unwittingly boosts her self esteem by that meer fact.

Even you have to admit Blackstar was pretty coool there

When you consider that, and the fact that he is one of the very few meister with a powerful enough soul to even handle Tsubaki as a weapon, her fondness of him becomes a lot more understandable. She isn’t putting up and humouring a petulant and impetuous child, she’s spending time with an occasionally exhausting but cherished friend.

This is why as a team, they have the best communication and teamwork. In fact, Black☆Star and Tsubaki are able to resonate so well together, as he is skilled in not just one of but all of her weapon forms, when it is rare for a weapon to have more than one form. Black☆Star is even capable of resonating with Tsubaki’s Uncanny Sword Mode, despite the initial strain its immense power put upon his very soul.

So there you go. Best pairing – fact! Maybe the others will get there someday but they aren’t there yet.