I have always been a little ambivalent towards Hunter x Hunter’s Nen system. On the one hand, it’s really nothing more that classifying superpowers and I love classifications but for all the detail and structure available, the actual dividing of powers is rather imprecise with a lot of the categories being very similar. The execution is even worse as you could easily argue for any particular power to be part of any and all groups but for today we’re just talking about types. 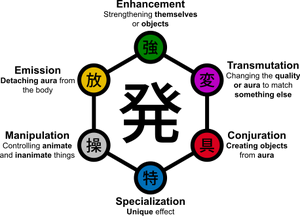 So let’s have a quick recap of the types:

The ability to use aura to increase the natural abilities of an object or one’s own body. Straightforward superpowers. Considered the most balanced category, allowing users to spread themselves evenly between offense and defense. Since you only really need to use your body, the nen abilities of this type are usually simple fighting techniques just much more powerful than they should be.

A  person can change the properties of their aura to mimic something else. Very similar to Emission, and Conjuration (see what I mean). Even though you could in theory create practical objects with it, most abilities seem to be having something radiate from the user. Such as electricity, heat, stickiness…

These guys can control the deployment of their aura while separating it from their body. So basically the make aura bullets or hadokens. If those happen to be on fire then they’re transmutters? 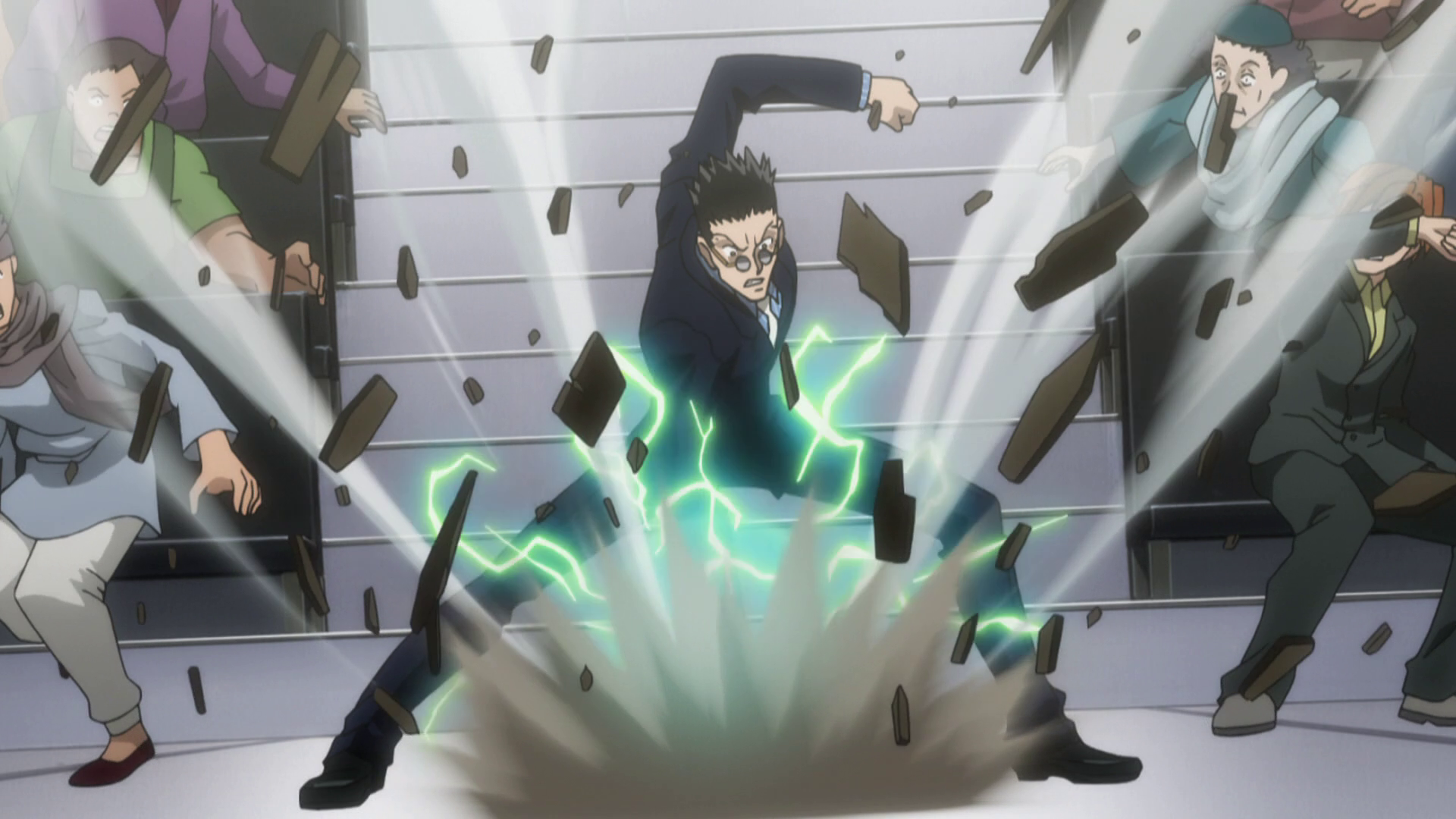 Conjuration is the ability to create a physical, independent, material object out of one’s aura. Same as transmutation BUT  conjuration is the only way in which Nen can create things that ordinary people (unaware of Nen) can see and touch. Within the HxH narrative though, they might as well be the exact same thing since everyone is aware of Nen.

I have a lot of issues with this guy

Manipulators can “control” living or non-living things in a certain way (and manipulate the aura itself). This description offers up quite a few possibilities but we really only see various forms of mind control. Still cool though and at least distinctive. 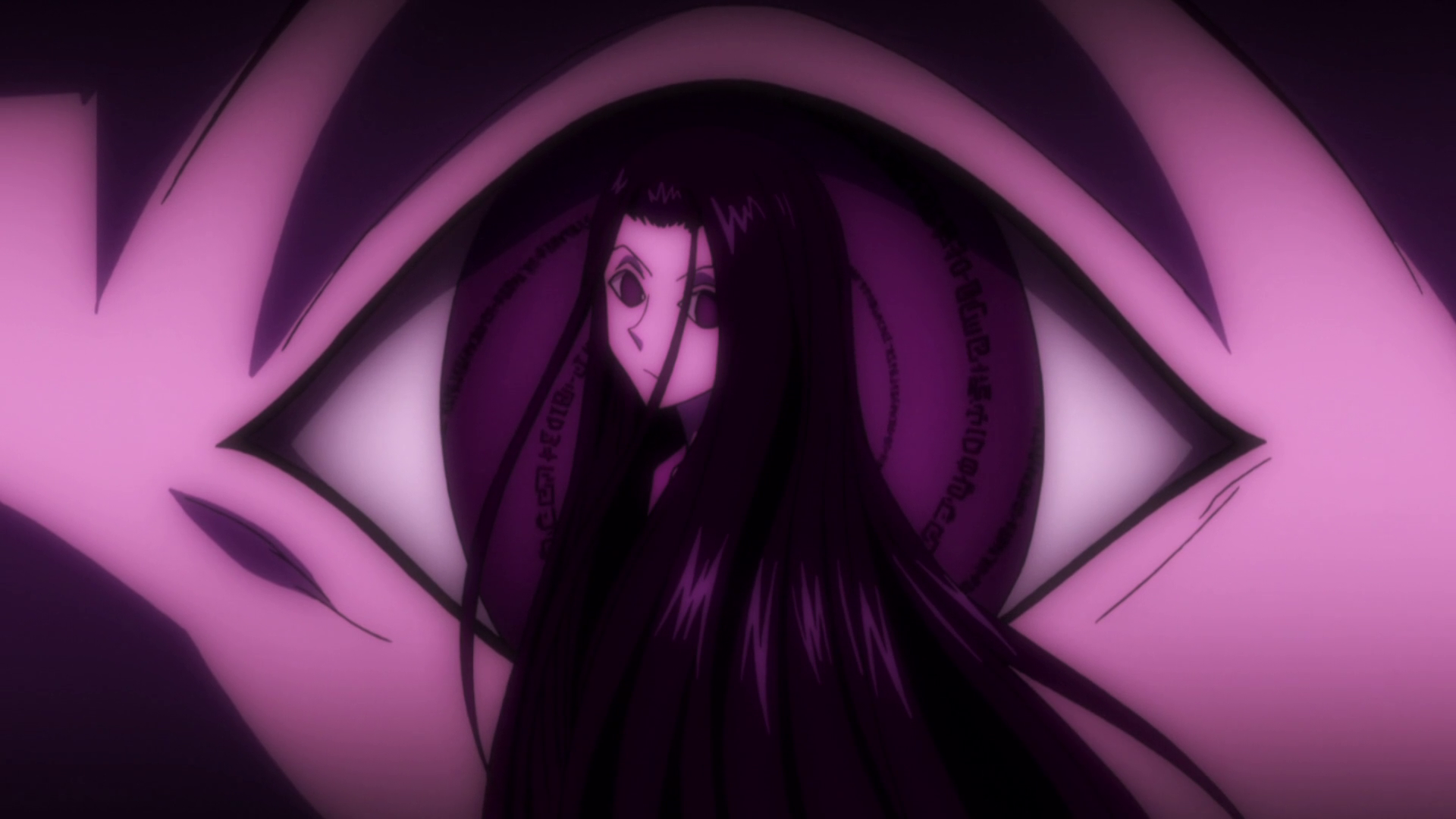 Mind control is a little tough to illustrate

Magic – just straight up wizard did it.

Ok, I think specialization is cheating here so of the remaining types I’m torn between Manipulation and Transmutation for the following reasons:

First Manipulation is the one truly distinctive feeling type. It can’t easily be mistaken for anything else and although I do not think the full potential of the type was explored, I can see a lot of possibilities for it. On the other hand, Transmutation is fun to say! Ok there are other reasons.

Of all the water divination results, transmutation has the most interesting one. The idea of changing the taste of the water was truly different to me and I liked the practical implications. You have to actually drink some unknown liquid that could be disgusting for all you know. If the taste has changed that means the chemical properties have been altered. There’s really nothing that says it can’t be poisonous. I bet Hisoka’s was, or it tasted like cotton candy.

Admittedly a change of taste is not very animation friendly

Second is the personality test. This is Hisoka’s own invention so you have to take it for what it’s worth, but it does seem pretty accurate:

From these personality types, again, Manipulators and Transmuters are my clear favorites. I loves me a troll, especially a humorous one and the logical types are often interesting and good for exposition. Mind you I’m not entirely sure how “logical” Illumi is but I suppose everything makes perfect sense in his own head…

Speaking of Illumi, my final point is that pretty much all my favorite characters have one of these two types of Nen. On this Transmuters clearly outweigh the Manipulators but that’s in part because there are much more of them among the recurring characters. If you’re curious:

Suggested drink: Aura In Me